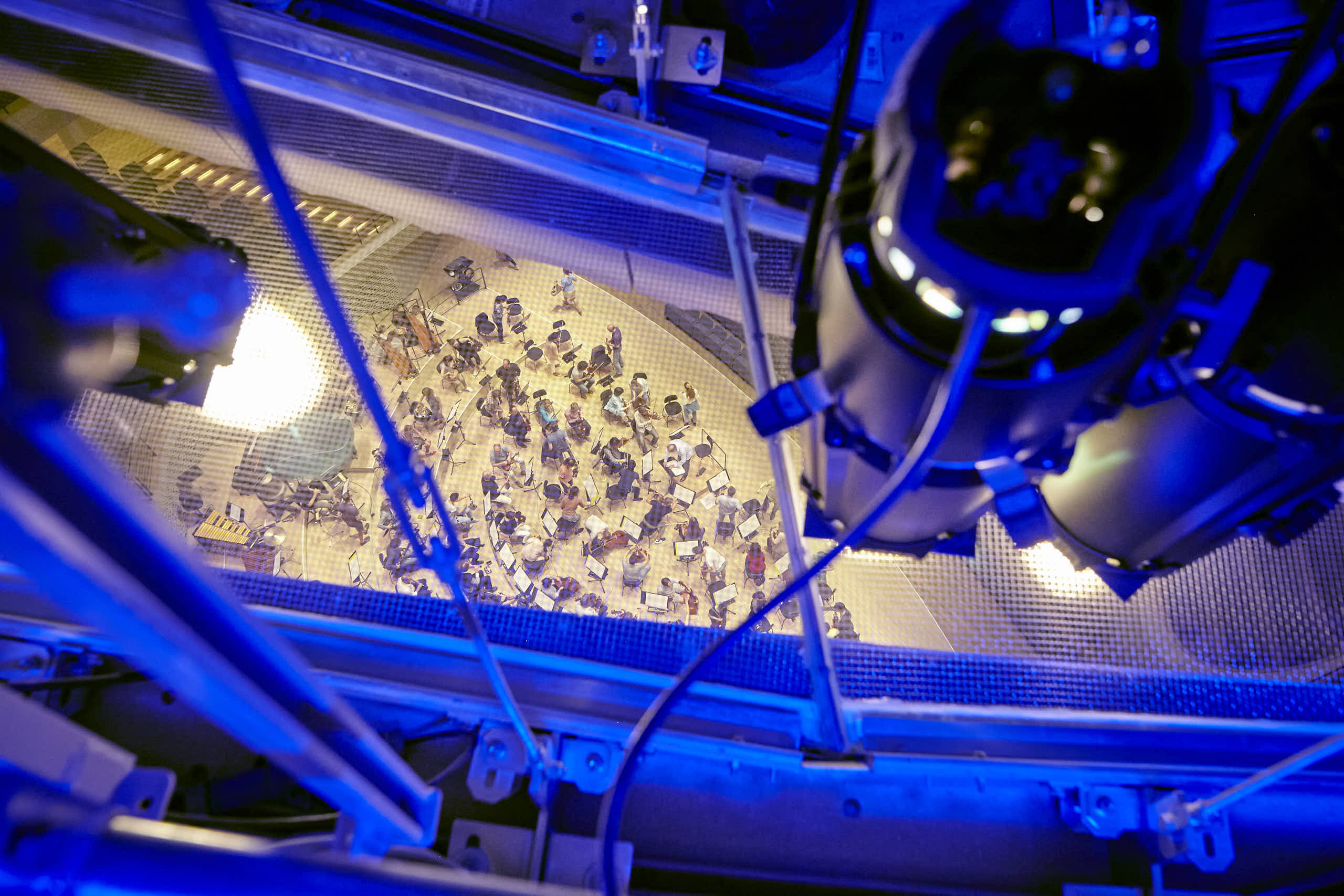 “THIS WILL BE OUR REPLY TO VIOLENCE:
TO MAKE MUSIC MORE INTENSELY,
MORE BEAUTIFULLY,
MORE DEVOTEDLY THAN EVER BEFORE.”

Theaters, concert halls, museums: spaces where artists and audiences meet around stories and objects. The architectural layout and design frame the artistic possibilities and shape the relationships between performers and audiences. Similarly, the spatial constellation of museums guides the narratives.

The Space Factory provides design and consulting services to architects, design teams, owners and users for the development of architectural projects for the arts. Theater planning, or scenography, is about the organization of the project at conceptual, architectural, technical and practical levels. The theater planner guides the design team and clients from the initial idea to the realization of the building project.

THE SPACE FACTORY IS A MULTIDISCIPLINARY DESIGN PRACTICE FOR THEATER PLANNING AND SCENOGRAPHY OF SPACES AND PLACES FOR PERFORMING AND VISUAL ARTS.

We assist architects with the design of performance and exposition spaces that not only work well at practical levels, but that also speak to the imagination of the creative minds that produce music, theater and expositions. The design and engineering of facilitating stage machinery, theater lighting, and sound and video systems form the basis of our work. The expertise that connects the technical parts to the architectural project includes analysis of program, use, and site, definition of areas, volumes, and space relationships, optimization of circulation and logistics, design of the principal spaces and places, and sightline studies.

The theater planner and acoustician are the architect’s closest sparring partners from the start of the project. The Space Factory contributes with a crisp analysis of requirements, needs, wishes, hopes and dreams at artistic and operational levels. We take a guiding role, much like a music producer, where we accompany design teams and owners to pursue ideas that make these spaces work. In that process, we have a keen eye for architectural twists that create new and different possibilities.

Building for the arts may be complex, but it should not be complicated. During the development of the design, we give great attention to all specialists and engineers, some of whom may be new to creating places for the arts. Clarity in goals, roles and interfaces liberates the team to explore intelligent and contemporary design solutions together.

WITH THE EXPANDING NUMBER OF SPECIALISTS AROUND THE TABLE, THE THEATER PLANNER HAS BECOME REFERENT OF THE USER PROGRAM AND AMBASSADOR OF THE DESIGN CONCEPT, BUILDING BRIDGES BETWEEN CLIENTS, USERS, ARCHITECTS, ACOUSTICIANS AND BUILDING ENGINEERS.

Our tasks, actions and deliverables cover many topics throughout the design and construction phases, from functional descriptions and architectural reviews to integrated theater drawings and technical specifications.

The Space Factory enjoys teaming with local theater consultants for the embedding of national habits, rules and regulations, and the development of technical documentation. We believe that these international collaborations enrich the design conversation and assure architects, clients and builders continuity in the realization of the project.

Our tasks, actions and deliverables cover many topics throughout the design and construction phases, from functional descriptions and architectural reviews to integrated theater drawings and technical specifications. 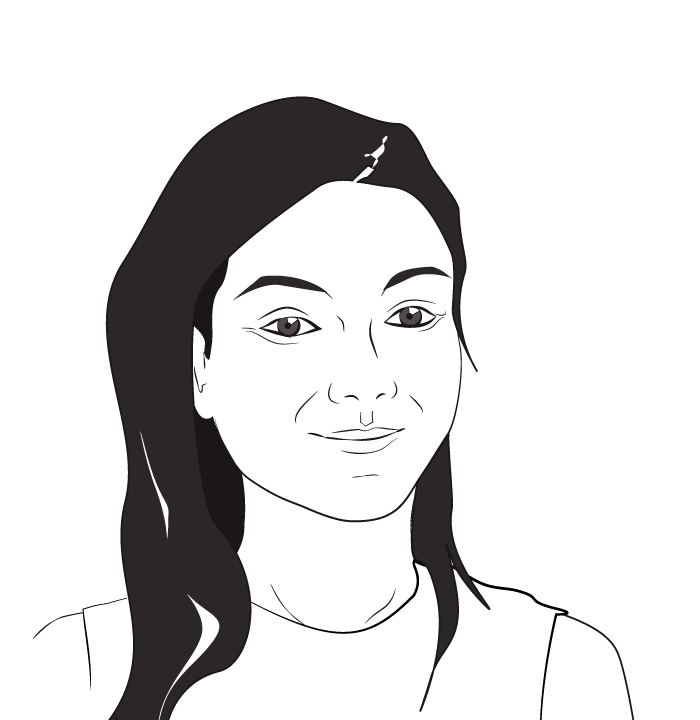 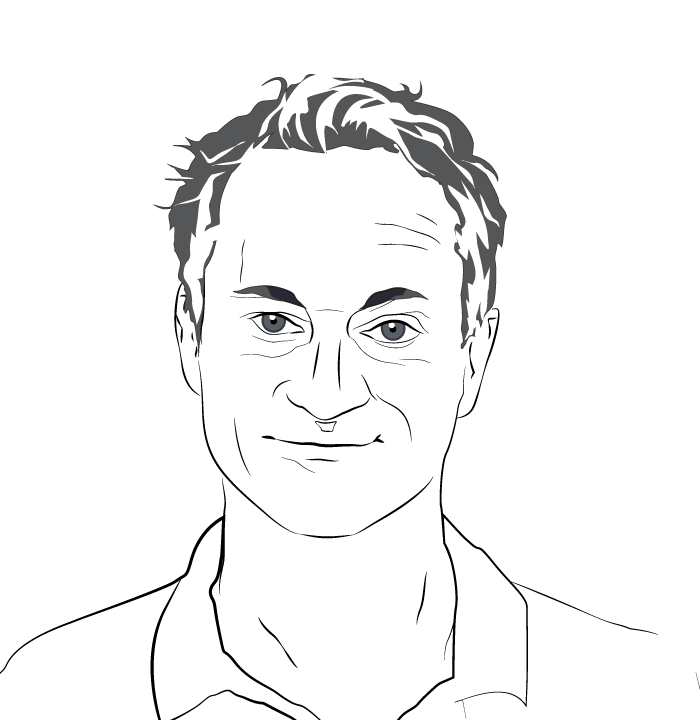 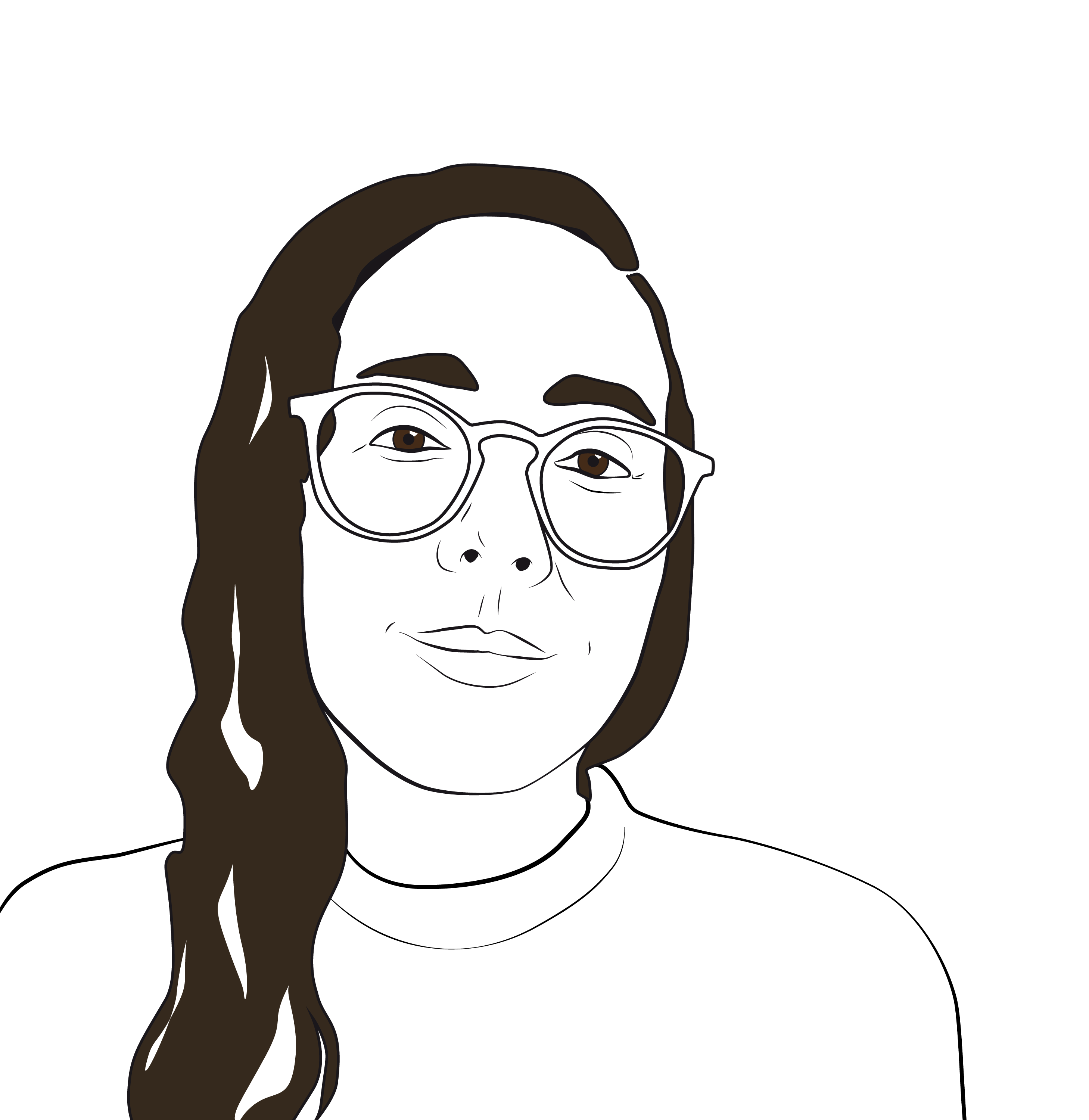 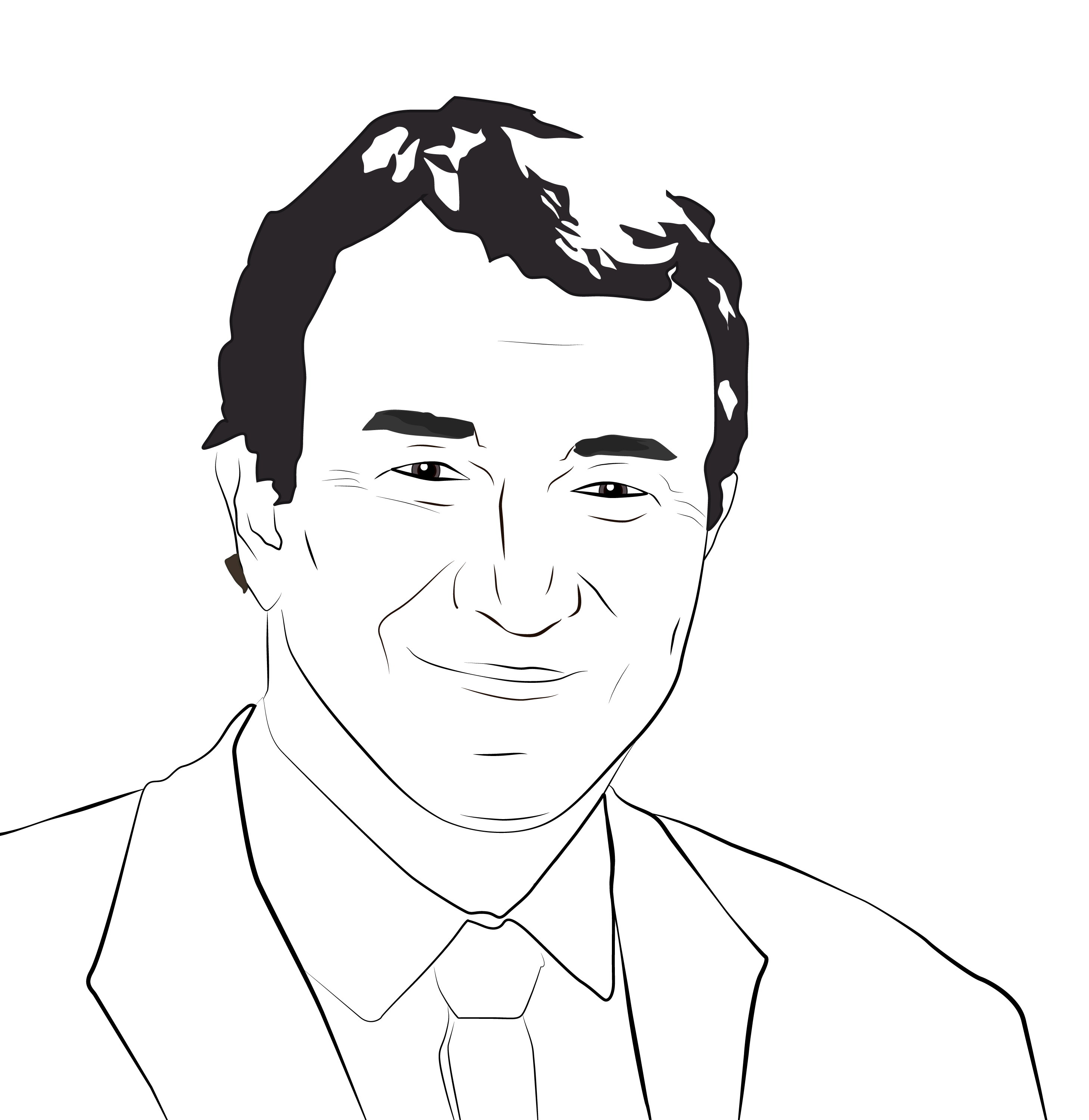 Barbara grew up in two different cultures, French and Chilean. Surrounded by classical European and traditional Andean music, as well as South American paintings and sculptures, she explores music, dance, plastic arts, photography. Her first visit to an opera house ignited her interest in architecture.

In 2014 she graduated as Architect at ENSAG (Grenoble) where she studied the territorial and environmental concepts, the link between art and architecture, and participatory desing project methods focused on end-user experience. She spent one year as exchange student at the Technische Universität München.

Scenography, as a meeting point between arts and architecture, were and are the common denominators for projects during her studies, and now at The Space Factory, where she works as architect and scenographer. She focuses on building organization, the design of theatres, as well as research and development of architectural and cultural projects.

In parallel to her work at TSF, she completed her DPEA «Architecture and Scenography» at ENSAM in Montpellier in 2019 to expand her knowledge in the various fields of scenography (theater planning, performing arts, museography, …).
Her internship at the Lyon Opera and the Musée des Confluences in Lyon allowed to deepen her experience at technical and operational levels.

In 2020 Barbara ventured into scenography for dance and theatre companies, as well as music bands, desiging stage sets and costumes, in a network of creative directors, choreographers, and designers of costumes, lighting, video, sound, etc.

Barbara speaks French and Spanish, is perfecting her English and can follow conversations in German.

Frans grew up surrounded by music and theater. Listening to read-throughs from the landing of the stairs, drama and operetta rehearsals marked the weekly cycle. Encouraged by technicians at the local theater, he ventured into lighting design in his teens, working on plays by Albee and Pinter directed by his father, a production of Ubu Roi and several classical and contemporary dance performances.

With avid cello playing and analytical ears, Frans was admitted to the recording program at the Royal Conservatory of Music in The Hague (Tonmeister degree). After working in recording, live sound, lighting design and theater, Frans developed his design consulting skills at Kirkegaard Associates in Chicago where he became associate and senior consultant in electro-acoustics. Six years later he joined the French firm Ducks Scéno as managing partner, spearheading the scenography of many high-profile projects in Europe, Asia and South America.

With The Space Factory, Frans continues his collaborations with architects, acousticians, engineers, owners and users in the process of transforming artistic and architectural ambitions into spaces and places of creation, presentation and encounter. His strong background in music and a good understanding of acoustics add value to the design conversation.

Frans is known for separating wheat from chaff with candor and wit. He has a keen interest in contemporary architecture and design, and is perpetually motivated by the forces of music and theater as means of positive exchange and inclusiveness. He works as a catalyst of innovation by steering design discussions towards ideas, research and concepts that go beyond the obvious and ordinary.

Marie holds a MS in Mechanical Engineering from INSA Lyon. She developed an interest in the technical and artistic aspects of theater when volunteering at the small university performance venue during her studies. While gaining experience with theater, visual arts and photography, Marie explored the links between the technical world of engineering and the artistic world of the performing arts. She pursued her interest in scenography by adding one year and specialized in Theater Machinery and Theater Production at ENSATT.

Both during and after her studies, Marie worked at the Lyon Opera House in production positions as well as at the scene shop, where she engineered stage sets and props based on reinforced cardboard to make them lighter, leaner and greener. At the Maison de la Danse, she interned as an assistant to the Production Director for the technical preparation of national and international programming, and was given the opportunity to assist the technical team on stage.

She subsequently worked as project engineer for Scénétec, a regional designer and installer of stage machinery systems.

Marie is a regular user and spectator of the performing arts in all of its forms. From drama theater to circus and music, she closely follows the perpetually cross-disciplinary innovation of our field.

At The Space Factory, Marie will develop the stage machinery designs for recently acquired projects, including the Cité de la Musique in Geneva, and guide the coordination of the construction phases of ongoing projects, such as the The Lyric Theatre Complex in Hong Kong.

When The Space Factory took over the work of Carr & Angier for the Lyric Theatre Complex in Hong Kong (with UN Studio and AD+RG Architects), Philip Soden, keeper of indispensable project memory, became collaborating consultant responsible for AV, production and lighting packages.

Before coming to Hong Kong, Philip was Production Manager at the Adelaide Festival Centre in South Australia for both the Centre’s performance venues and for the (then) biennial Adelaide Festival. From 1988 to 2011 he was engaged by the HK Academy for Performing Arts as Technical Director, Director of Venues and Associate Director (Operations). His experience includes sound, lighting and production management as well as venue and facilities management. His most significant achievement at the Academy was as Project Director for the UNESCO award-winning restoration of Bethanie, a former French Mission sanatorium built in 1875. More recently he led the project team for the successful conversion of an open-air theatre into the 600 seat Hong Kong Jockey Club Amphitheatre.

In October 2007, he was awarded the HKSAR Medal of Honour for his contribution to arts and culture in Hong Kong.

The collaboration continues under the header of The Space Factory, with a focus on performing arts projects in the Asia-Pacific region.